How to draw oscilloscope lines with math and WebGL

When I saw oscilloscope music demos, they amazed and inspired me.

Observing a clever use of interaction between sound and an electron beam is a unique experience.

Because of that I made a cool WebGL demo — woscope, which is a XY mode oscilloscope emulator. 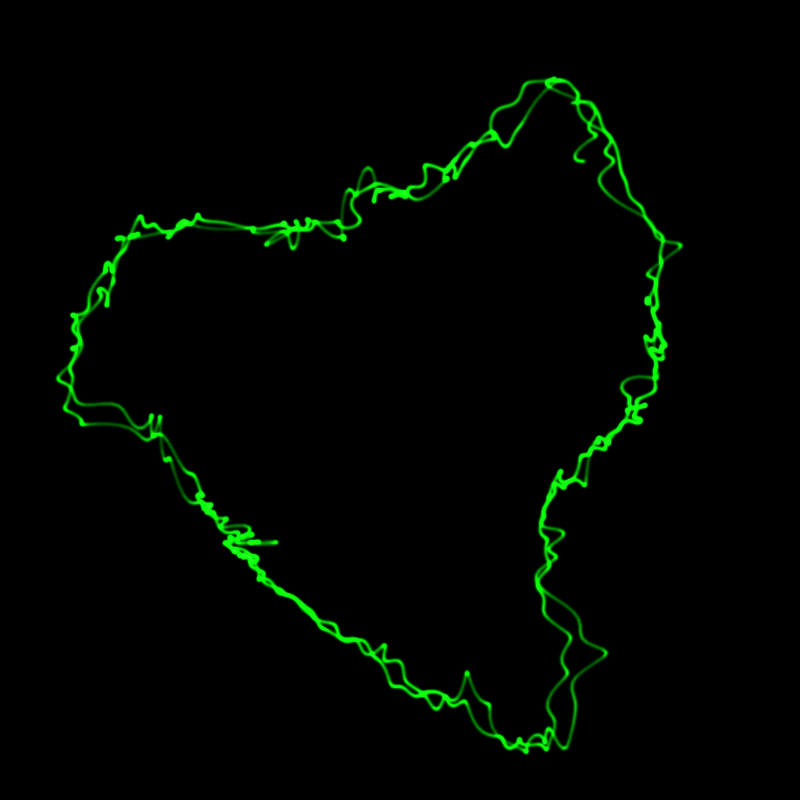 In this post you can learn how to draw these lines in WebGL.

We have a stereo sound file. We want to draw a line that looks like oscilloscope line, when the oscilloscope is connected in XY mode.

Each pair of samples from the sound file interpreted as 2D point.

I decided to draw each line segment by drawing a rectangle that affected by electron beam moving from the start to the end of the segment. 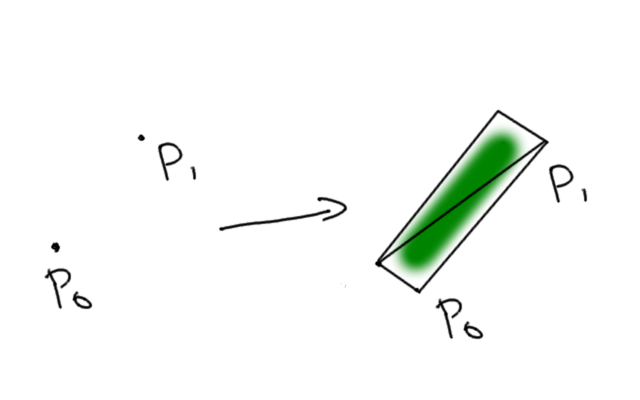 This has two interesting implications:

For a line segment, for each point of a rect we calculate vertices position using segment start point, segment end point and index of the vertex.

it might be weird to store the same point 4 times in a buffer, but I could not find a better way 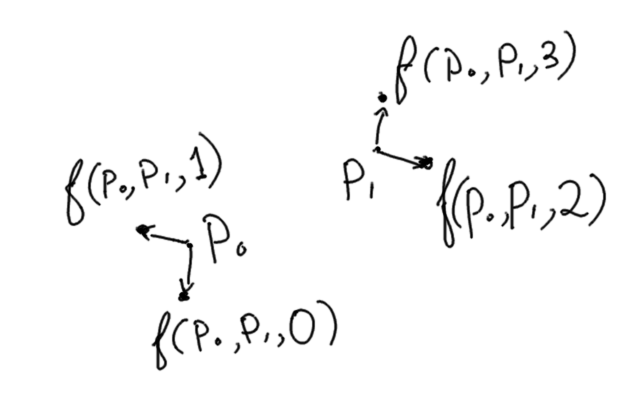 This transformations is pretty straightforward in glsl:

Calculating the intensity with math

Now that we know where to draw a quad, we need to calculate the cumulative intensity at any given point in the quad.

Let’s assume that electron beam has gaussian distribution, which is not that uncommon in physics.

Where σ is the spread of the beam.

To calculate the cumulative intensity, we integrate the intensity over time as the beam is moving from start to end. 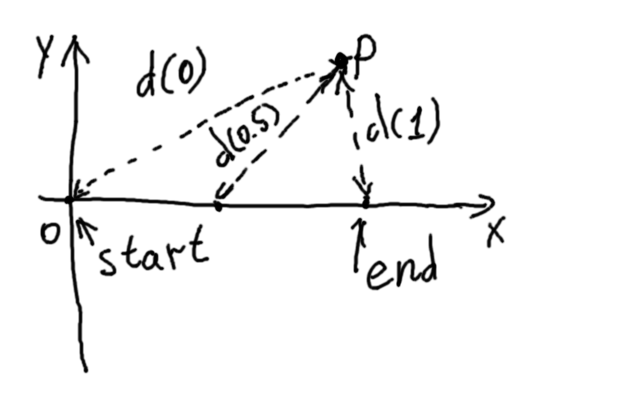 Let’s simplify the integral slightly, by replacing $t$ with $\frac{u}{l}$:

The integral of normal distribution is half error function. w|a

One of the benefits of doing math in this case is that segment joints will have mathematically perfect intensity after adding adjacent segments.

The resulting formula is not hard to implement in framgent shader in glsl.

The uvl varying in the vertex shader contains coordinates in which start point is $(0,0)$ and end point is $(length,0)$.

Since varyings are interpolated linearly for the fragment shader, we get the point coordinates in required frame of reference for free.

The rest is writing the math formula in glsl, and handle a corner case when the length of the segment is too small.

Things that can be improved

The resulting picture looks pretty nice, however there are several problems with current implementation.

I’ve never seen an oscilloscope beam implemented this way, and I really like the resulting picture. This technique can be used to draw other soft lines.

code on this page is in Public Domain, except erf and gaussian functions borrowed from other blog